A Nice Shout Out on Tex[t]-Mex 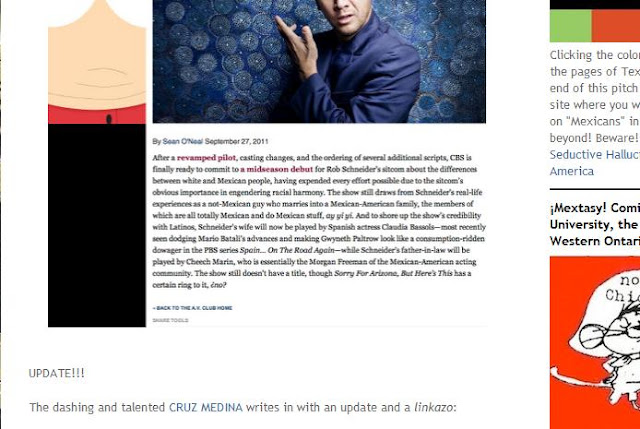 Posted by Cruz Nicholas Medina at 9:08 PM No comments:

Social Media as Tool for Change in Cartel Violence?

From the Los Angeles Times:
"
REPORTING FROM MEXICO CITY -- A woman found decapitated in the border city of Nuevo Laredo is being mourned as an apparent member of a social networking site used by local residents to share information on drug cartel activity.
The victim was found early Saturday with a note nearby saying she was killed for posting messages online about violent or criminal incidents in Nuevo Laredo."
Read the rest here.

I heard this news story discussed on NPR Latino  as a part of their news roundup and it struck a chord because I think of myself as someone involved in social media, and as someone speaking publicly about issues affecting Latin@s. While there is great sadness in the death of someone who used technology as an extension of social action, the journalist's message on NPR Latino was that social media has become a tool for citizens to support the government in Mexico.

(Couldn't help copying this image from Latino USA blog post on Gabriel Garcia Marquez)
Posted by Cruz Nicholas Medina at 11:57 AM No comments:

What I Should Be Reading 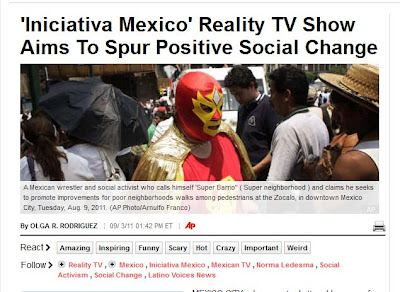 And a Vimeo vid about Latino positive collaboration:

LR1 Recap 2 Minutes from iNSPIRE! on Vimeo.
Posted by Cruz Nicholas Medina at 9:12 PM No comments: