My grandpa, Alejandro Ayala Leyva, is an oral historian. I’ve been raised on the stories he tells about his life and in this way I first encountered the word “pocho.” He told me a story once about being born and raised until age five in Los Angeles, and his memory of being loaded up with his parents and four younger siblings onto a boxcar during the Great Depression and sent “south” back to Mexico.
My grandpa says his dad had “enough sense” to get the family off the boxcar when they stopped in Nogales, Arizona because as he recalls his father told the kids they were American citizens and had “no business” in Mexico. As my grandpa grew up in Nogales, a small town that splits the border with Nogales, Sonora, he encountered Mexicanos who accused him of being “pocho” in the way he spoke Spanish. I was surprised to hear this because from my perspective, being raised third generation American, with no access to Spanish-speaking fluency because my parents had the Spanish beaten out of them when they went to school, I thought my grandpa’s Spanish sounded pretty legit.

I felt like I was maybe the first generation to embody “pocho” qualities such as my lack of Spanish-speaking skills and a way of presenting myself that got me accused of “trying to be white” by some Chicanos I attended school with. So to hear my grandpa say that he too faced these accusations I began to really wonder about this word and what it means. Does “pocho” mean acting white? Does it refer to those of us affected by American ideology and values? One American value I subscribe to is education, and it seems the further I go in academia the whiter I become to Chicanos from my family and ‘hood I grew up in.

So my ideas on “pocho” as a concept have to do with becoming white as you become educated. I think of movies like Mi Familia

where there are characters that are the "educated" ones in the family and are written into the films as sellouts and pompous idiots who are ashamed of where they come from and have something to learn from their less-educated but more wise castmates. I think this portrayal is unfair and to paraphrase my brother from another mother, Cruz Medina, education, instead of making you less connected with your culture has the potential to provoke a lot of us to have consciousness and conversations about culture that we might not have the space to think about were it not for education.

in Hunger of Memory

, and also more public figures like the Clarence Thomases of our nation embody the real-life versions of these fictional characters written into Latino and black films. And the messages they promote about assimilation and selling out are pervasive to a white American public hungry for poster-child minorities. Thus the film characterizations, and I don't like the equation these films promote which goes something like this: ethnic + education = sellout wannabe white, and in our case the “pocho.” I've been called a “pocho” in this sense, because to some of my family the more educated I become the more white I am, which from their point can definitely have its advantages with the ultimate pitfall being that they still think at the end of the day that I’m “trying to be white.”

puts it, still "not shit," and that they can still "kick my ass." You know? 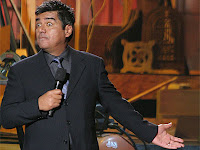 So I think this relates back to the idea of the “pocho” and those characters from films like Mi Familia and The Barbershop. Those characters are put in these films to remind us brown folk that we can get our educations but that we need to be wary of getting too tangled up in white American hegemony, and I get it, and I also get those portrayals read onto me and my education. And I don't like it, I'm uncomfortable with it, but I also understand.

Be sure to check out the Collection Aja Martinez co-edited: