Latino/a Literature in the Classroom
I am excited to be included in this important collection of essays on teaching Latino/a literature. For an in-depth description, see the website (http://routledge-ny.com/books/details/9780415724210/) and/or read what I included below. 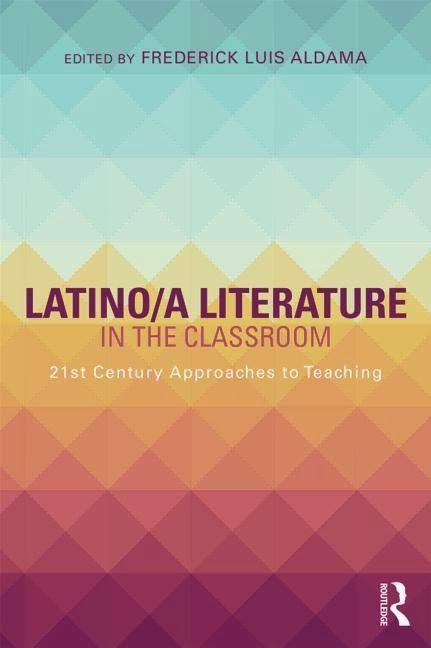 Description from the website:
"
The first guide to teaching Latino/a literature, Latino/a Literature in the Classroom provides tools for teaching one of the most rapidly growing areas of literary study. Essays by established scholars offer a comprehensive approach, attending to how formal techniques give idiosyncratic and particular shape to literature by and about Latinos/as. Accessible to different levels of instruction and utilizing an array of approaches, chapters focus on the teaching of the novel, short story, graphic novel, film, plays, poetry, and performance art in a variety of established and emerging storytelling shapes: postmodernism, magical realism, science fiction, young adult and children’s fiction, and others. They consider the importance of historical period and region in the making and consuming of Latino/a literature, covering both popular and undervisited authors.
The essays will help teachers create courses that pay attention to:
• Issues of form such as style, voice, perspective
• Issues of content such as theme and character
• Issues of histories of dislocation and settlement
• Issues of socio-economic push and pull factors in the rural and urban relocation
of Latinos/as
• Issues of linguistic, cultural, and ancestral difference
Contributors place key texts of the Latino/a teaching canon in dialogue with trends of a hemispheric, postcolonial, and transnational nature. Acknowledging the contexts of literatures from Mexico, Cuba, Dominica, Puerto Rico, and Central and South America, Latino/a Literature in the Classroom situates the teaching of Latino/a Literature within global theoretical paradigms and the broader humanities curriculum. This valuable collection of teaching methods will be useful to instructors and scholars seeking sources for intercultural and transnational literary courses."
Posted by Cruz Nicholas Medina at 7:39 PM No comments: Links to this post

In my upcoming book, I look at the artistic collaboration of Codex Espangliensis for the ways that it appropriates dominant icons such as Mickey Mouse and Superman to critique issues such as globalization and anti-immigrant legislation in California. So I was really excited to hear about the follow up collaboration called DOC/UNDOC. The image below is from the website (http://docundoc.com/) 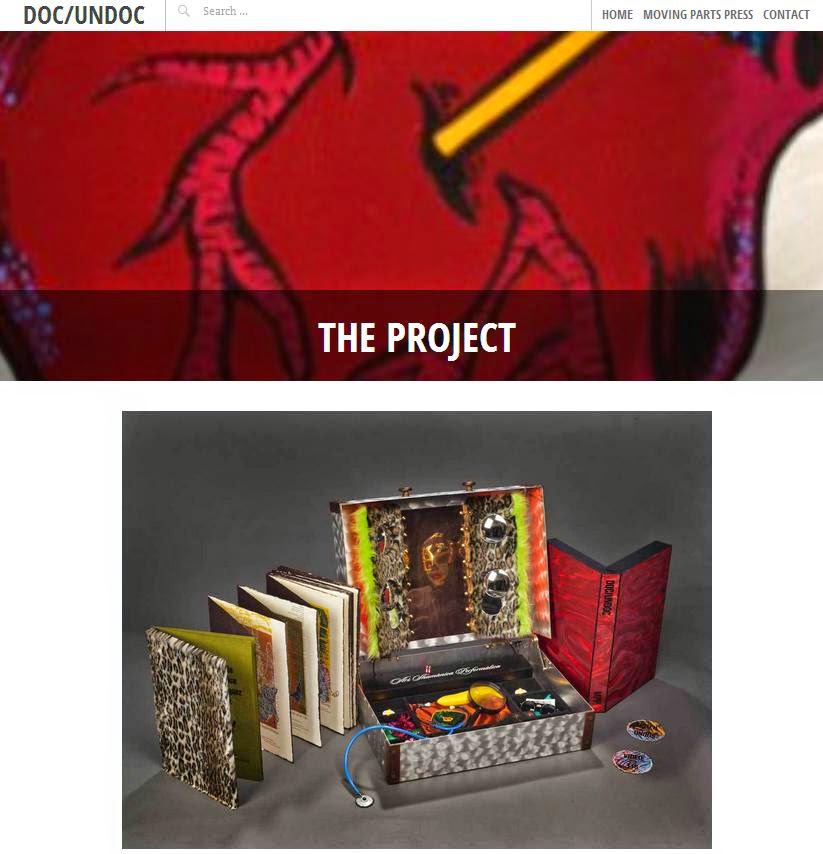 From the description of the project on the website:

The two subtitles refer to different aspects of the project’s content:
Documentado/Undocumented ties to the performance scripts embedded in the printed sheets which draw on Gómez-Peña’s immigrant experiences and personal observations of the political, geographic, social and psychological boundaries between the United States and Mexico. The title of the video, it points to a painful dichotomy: “documentado” in Spanish implies being informed, having access to cultural forms and traditions, the histories and rituals that flourish in Mexico. Whereas the term “undocumented” in the United States implies a host of negative stereotypes, including a lack of citizenship, power, rights and knowledge.

Ars Shamánica Performática speaks of the very personal, transformative experience offered by the book and case, an invitation to “Choose an object, find a poetic way of using it. Reimagine yourself, tell a new story.” Gómez-Peña writes, “Its interactive dimension may be its main contribution to the field of experimental book art, or rather “performative book art.”"
Posted by Cruz Nicholas Medina at 11:25 AM No comments: Links to this post