On Monday, I had a great time skyping in with Octavio Pimentel's grad students in the  MA program in Rhetoric and Composition at Texas State University. Dr. Pimentel's graduate course is on cultural and linguistic diversity within the classroom, and his students brought up interesting concerns regarding choices of language in writing and how students are framed by deficiency rhetoric. 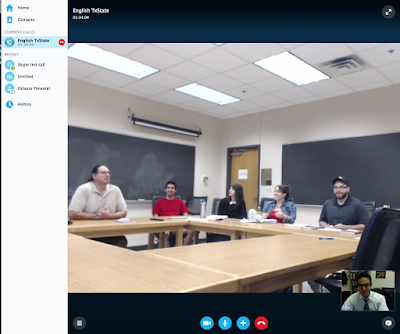 I spoke with them about my book Reclaiming Poch@ Pop, and we discussed how public discourse and memory about highly politicized topics can be addressed in the analysis of engaging pop culture such as political satire that engage the relevant issue. Of course, Donald Trump came up as the exigency of this moment of kairos, and I included some images by Lalo Alcaraz that respond to the slanderous depiction of Latin@s, specifically Mexicans, in his public speeches. 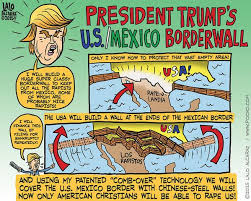 Since My Book Reclaiming Poch@ Pop

As it generally happens, once you complete your research and publish your findings, something new comes out that speaks directly to your subject matter. I mention Al Madrigal in Chapter 4 of my book Reclaiming Poch@ Pop because of his work on the Daily Show with Jon Stewart, specifically his reporting on the anti-Ethnic Studies law HB 2281 in Tucson, Arizona.


In this video for Fusion, Madrigal touches on issues of language insecurity with regard to his inability to speak Spanish, stereotypes from outside of the Latin@ community as well as stereotypes from within Latin@ communities. When he starts interviewing Speedy Gonzalez three-quarters into the video, it kind of loses steam--but the scenes with bilingual kids, Jorge Ramos, and the first three minutes touch on more salient aspect of intracultural rhetoric.
Posted by Cruz Nicholas Medina at 10:39 AM No comments: