A Book Review for Composition Studies

Entering the Conversation
I regret not blogging more as I attempt to juggle teaching, dissertating and fatherhood, but a book review I wrote for the Writing Program Interrupted appears in the Fall issue of Composition Studies. It appears online at: http://www.compositionstudies.uwinnipeg.ca/currentissue.html 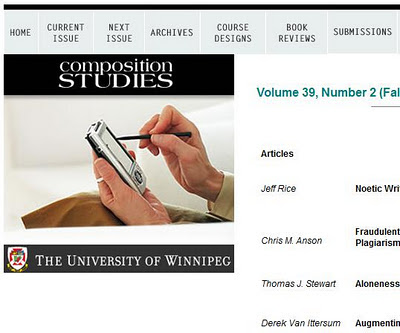 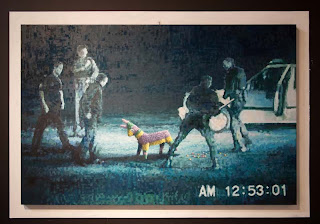 Daniel Hernandez on Sunnyside School Board

Former Gifford Intern Wins School Board Seat in South Tucson
An interesting development, Daniel Hernandez wins school board seat in South Tucson, where he had attended Sunnyside schools before the University of Arizona. I had the chance to speak at the same event as Hernandez in Spring at Tucson Writes Night, and I'll be curious to see what kind of impact Hernandez' presence will have in the struggling Sunnyside School District. Having worked on the GEAR UP grant at Sunnyside High School a couple years back, I can attest to a great deal of systemic inequality impacting the Sunnyside District. 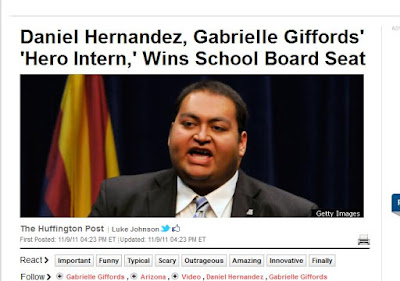 Posted by Cruz Nicholas Medina at 9:24 AM No comments: