Art, Activism, and Disease Prevention on the U.S.-Mexico Border

Nuestra Casa Project (El Paso-Cd. Juarez Chapter)
In the December 2013 issue of Reflections: A Journal of Public Rhetoric, Civic Writing and Service Learning, Guillermina Gina Núñez and Eva Moya have a forthcoming article on an art installation that raises awareness and draws attention to both TB and HIV along the El Paso-Ciudad Juarez border. The video below provides a brief overview of the project and history of the art installation.

Update: I found another embed code for this video!

This case study describes the Nuestra Casa (Our Home) Initiative, an advocacy, communication, and social mobilization strategy to increase tuberculosis (TB) awareness that was a public art exhibition hosted at the University of Texas at El Paso. This work describes this multi-disciplinary initiative that cuts across academic boundaries to engage faculty, students, and community members in service learning and community engagement efforts. Nuestra Casa reached diverse audiences, including school children, farm workers, promotoras (health promoters), university students, educators, persons affected by TB, and public health officials in Mexico and in the United States through education, critical reflection, and a call to action.

From the "Project History":
"The genesis of the project stems from the need to reinforce advocacy, communication, and social mobilization efforts for the prevention and control of TB in Mexico and the U.S.-Mexico borderlands. Because communities and the persons affected by TB must be involved and their real-life situation addressed if efforts to combat the disease are to be effective, the project’s developers pushed themselves to adopt a novel approach: “The Shack” installation."

This past week, I was in Vancouver WA for the Rocky Mountain Modern Language Association conference, and I put together a Storify of the messages posted on Twitter about the conference. They include live-tweets from panels, keynote speaker's Ray Sieman's speech about his open access book, and issues of internet access. Discussing Tweets, WiFi (in)access, and DH is very meta in a blog, and it's even more self-reflective and self-referential in a Storify of Tweets, though perhaps not for those who did not attend.

Posted by Cruz Nicholas Medina at 1:28 PM No comments: 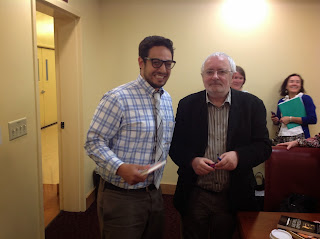 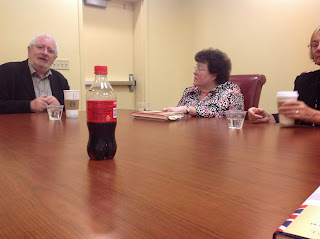 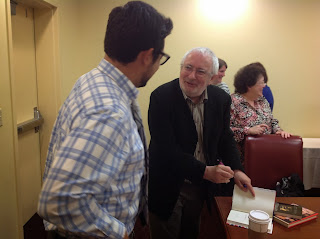 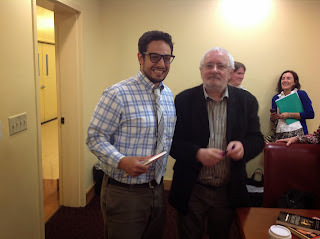 Posted by Cruz Nicholas Medina at 6:19 PM No comments: