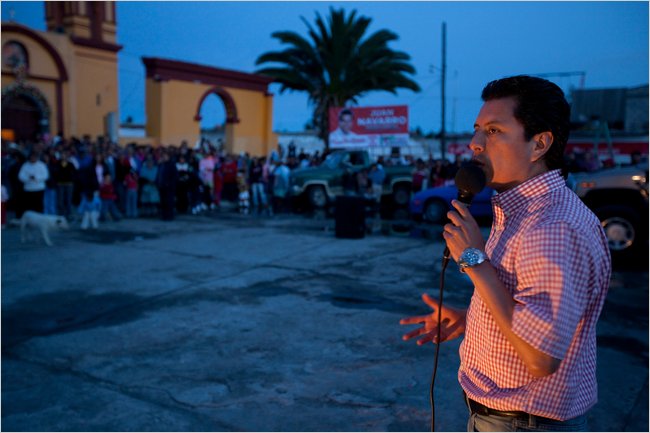 The Danger
I'm all for hometown boy makes good stories, but we see how success stories for people of color can become a part of the bootstraps myth when politicized. It's difficult to say whether Juan Navarro champions himself with the bootstraps myth, or whether he has been labeled by this terminology by others. However, whenever someone is isolated as an example of having pulled themselves up by his or her bootstraps, the people who have either directly or indirectly contributed to Navarro's success are dismissed. We could benefit from hearing more about his family, or perhaps about the community in which he lived while in the U.S that helped him succeed.
Posted by Cruz Nicholas Medina at 11:22 AM