Lady Gaga vs. Rage Against the Machine

On William Nericcio's Tex[t]-Mex Blog, there's a thought-provoking post on Lady Gaga's recent entrance into the conversation on SB 1070. 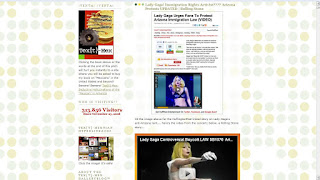 What I noted in the video from her concert in Phoenix was her dismissal of what she could do as a pop musician, ignoring the pleas of other musicians to participate in the boycott of Arizona. Taking an all-too-literal interpretation of the boycott, Gaga comments that her concert, and the concerts of other musicians, will not economically break Arizona. As a performer who is very conscious of the images she steals and allusions she makes to other musicians (mainly Madonna), Gaga seems to be playing a bit obtuse, implying that the boycott is purely financial and not about anything more.

Notice in the video below, from the concert Rage Against the Machine put on in Los Angeles with Conor Oberst and other musicians, the performers are clear about their message of the concert that they held outside of Arizona, in conjunction with the boycott.

Posted by Cruz Nicholas Medina at 10:42 AM