Jeff Chang and Who We Be

"Multicultural," "Post-racial" and "Post-Black"
As a part of the Culture, Power, Difference Speaker Series and Working Group, author and scholar Jeff Chang addresses questions about race and multiculturalism in a lecture entitled Who We Be: The Colorization of America 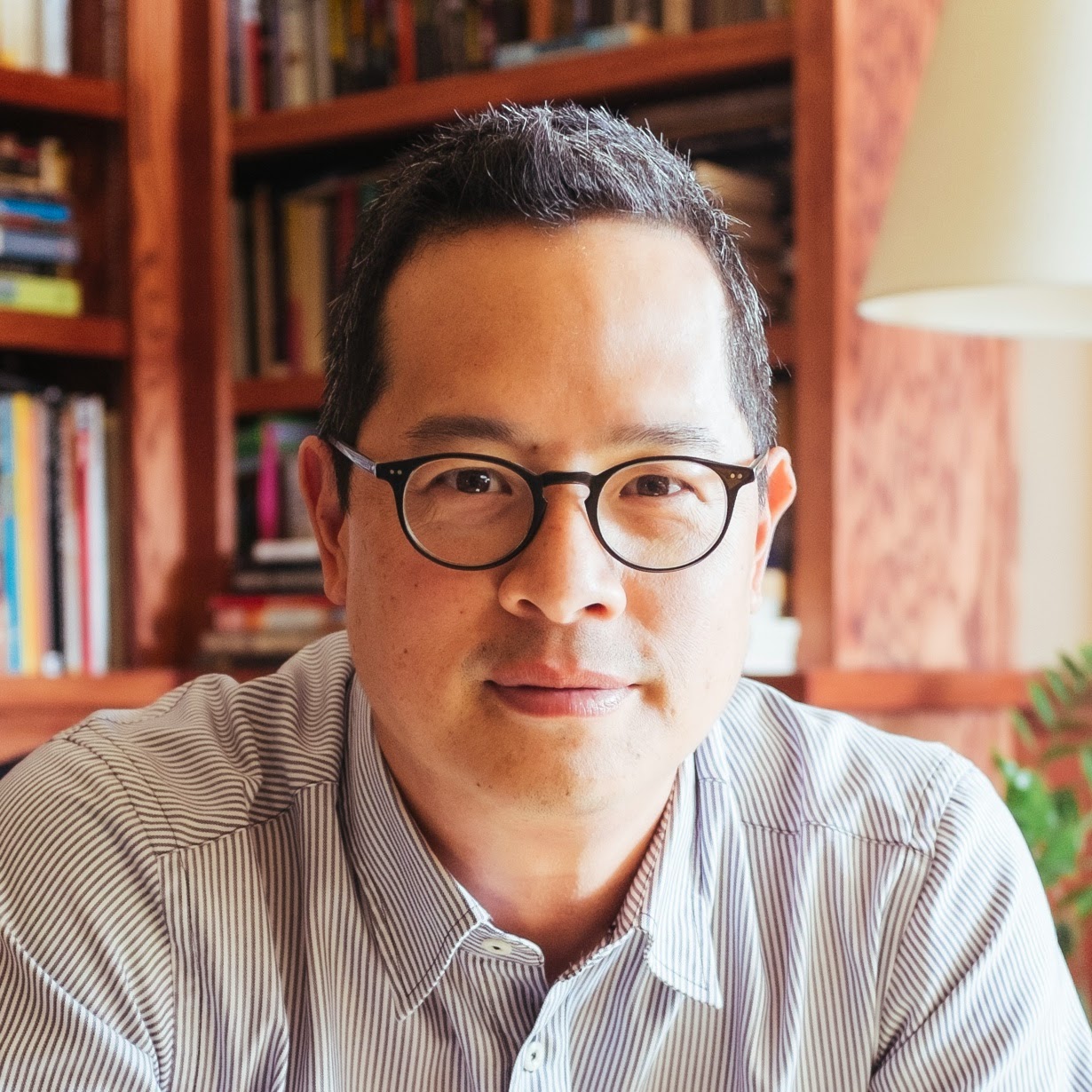 Chang explained that he began writing Who We Be

with a bit of a chip on his shoulder from having discussions with elders, in which he had to defend criticism of misogyny in hip hop as the culture of his generation. He began looking at the generation that produced his generation, all the while thinking of wanting to write about multiculturalism and "post-racial" society; however, his editor told him it wasn't edgy. And then came Barack Obama's campaign for presidency.

So he began writing about what Obama meant for the emerging generation, and he noted right away the backlash came at him about 'not this America,' or 'save for 2042.' Chang described 2042 as a kind of 'demographic Y2K' when the U.S. would reach a "minority majority." 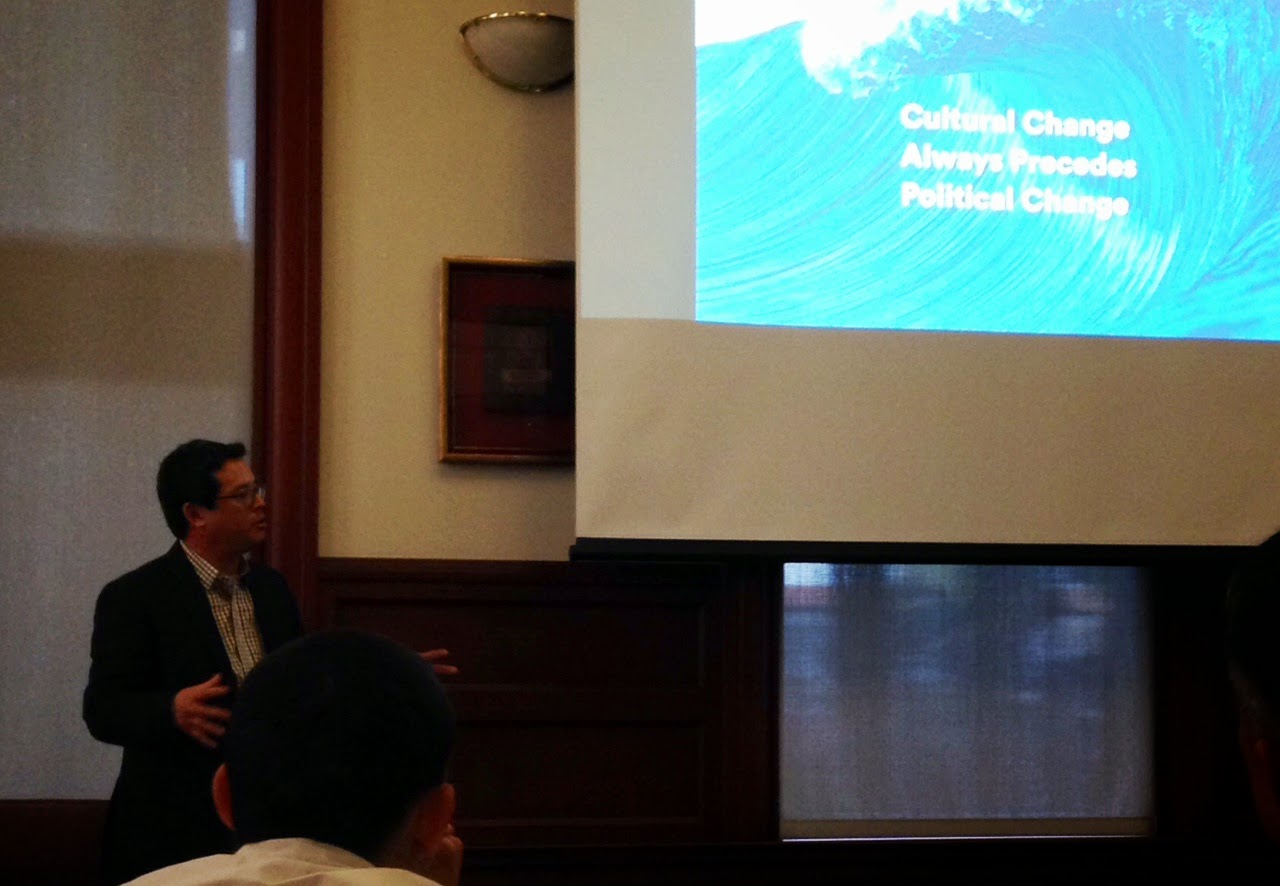 Obama's campaign led to the question of "how do we see race now?"

Along with the fear of the changing demographic (demographobia) came the return of the Culture Wars from the 60s and 90s. There was a competing narrative of 'Save America forever' vs. 'Great National Transformation.' Or a restoration vs. transformation, a high stakes debate for the future.

Chang looked back to the 60s, a period of political and cultural renaissance. It was a time when "multi-cultural" was a paradox because "American" culture meant assimilated to the dominant culture. In the early 90s, there were pushback against the multicultural phenomenon, leading some to ask "who are we?" To which Chang responds with his book title: Who We Be. He points out the identity politics that came from liberal white Americans who believed there was an attack on Anglo-American heritage (as the political right had railed). 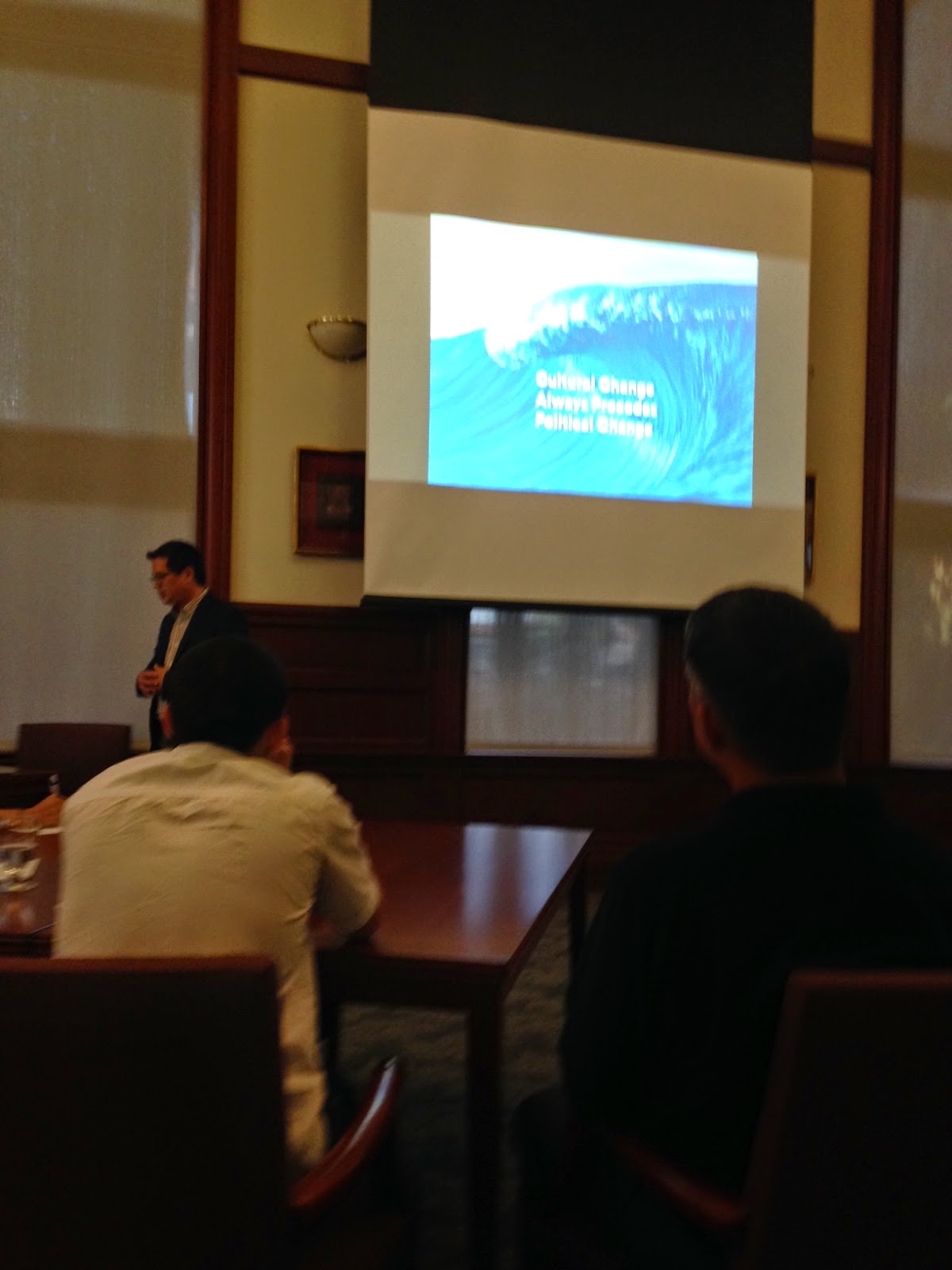 But hip hop was a pivot point in the 90s, when so many of the youth were non-whites, and hip hop became representative of the mainstream pop culture. This led Chang to say that 'Art makes new kind of politics possible for America.' Still, the backlash came from the disappearing white middle-class who began to turn on their political ideologies for sake of their economic interests--a trapping of the American Dream and the struggle to fight for it in insurmountable odds.

Some thoughts that Chang concluded with were:
If society were becoming a minority, how can we imagine a new majority.

He advocated beginning with a culture for justice, especially because polls show concerns about racial relations a high concern for most Americans.

He moved towards abstraction, articulating a wave as representative of the future. Recent elections have created their own kinds of waves of change, but he reminded us that cultural change always comes before political change. Also, he reminded us of Dr. Martin Luther King Jr.'s most controversial speech in which he argued that militarism, racism and poverty were the three scourges of society.