Escuela de Tucson y Hermosillo
The Spring semester is off to a break neck pace. With some colleagues from a Comparative Pedagogy seminar, I attended a round table discussion with students at a local high school who agreed to speak with the group I'm a part of about the differences between education in Mexico, as opposed to the U.S. The length of time that the students had been in the U.S varied from a year to more, in addition to the various levels of English ability. The students seemed excited to speak with people who were interested in their perspectives. I'll have to go into greater detail at a later time. 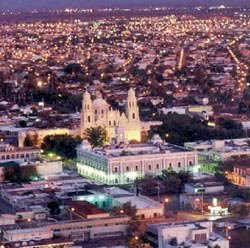 At the moment, I'm trying to coordinate this next week because I'll be traveling with the same group to multiple schools (technical, private, public, afternoon, morning) in Hermosillo to observe and note some of the nuances which seem distinct from those with which I'm familiar with in the U.S. It does complicate things that I taught third grade in Costa Rica for a year, but that might also provide some differences that I might want to investigate further.
Posted by Cruz Nicholas Medina at 9:13 PM