A Chicana Feminist Reflection on What it Means to be Pocha

by Marissa M. Juárez
“I am a woman with a foot in both worlds; and I refuse the split. I feel the necessity for dialogue.” –Cherríe Moraga
The first time I ever heard the term pocho, it was in an undergraduate Chicano/a Lit class at the University of New Mexico. We were reading José Antonio Villarreal’s creative exploration of that word, and although I could be wrong, I do not remember discussing pocho in positive terms. (I am pretty sure we never discussed it in feminine—or feminist—terms, as pocha, either.) In fact, I am pretty sure that Richard Rubio, to many in the class, era un vendido—a punk-ass-sell-out who was too cowardly and ignorant to assert any pride in his Mexican heritage. I remember feeling embarrassed because I understood and empathized with Richard’s plight to find his identity between conflicting Mexican and American values. I kept silent, afraid that if I gave voice to this empathy, my classmates might find out my secret, might see me as less of a Chicana because of it.
But that secret has since been exposed, gracias a las feministas Chicanas. These women helped me to find strength in my mismatched upbringing; they helped me to name my experience. It all happened the first time I read Gloria Anzaldúa’s theory of mestiza consciousness. At the time, I was an MA student in Rhetoric and Writing Studies at UNM. I had grown up in New Mexico, identified as a Chicana, and felt the push and pull of conflicting identities for all my life. And for most of my life, that experience remained unnamed, bottled up, aching for confluence. For me, the struggle to name myself was, as Anzaldúa describes, an embodied (lived) experience: I was born into a Mexican family to a single mother who met and married my dad when I was six. The only dad I know, my adoptive dad, has blond hair, blue eyes, and rosy skin, and he was the first Anglo I had ever really known. Growing up within and between two cultures—one biologically inherited, the other inherited by chance—I lived (still do) the world of la mestiza. So when I read Anzaldúa for the first time, something awakened in me—an intrinsic knowing, a sense of belonging, a validation. 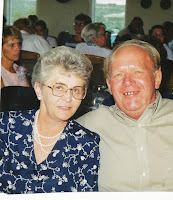 (Abuelos)
Because for most of my life I have lived entre dos mundos, literalmente.  I have mi familia Mexicana and my Anglo family. And in more ways than one, these families are worlds apart.  One night it was carne guisada with arroz and frijoles and fresh-off-the-comal tortillas at my Mexican grandparents’ house, and the next it was baked chicken and fondue at my Anglo grandparents’ house. Growing up, I was constantly shifting back and forth between locations, cultures, and values.  We never talked about race in either location. It was as if race didn’t exist. But as mis hermanas Chicanas helped me to understand, you don’t have to be Cornel West to know that race matters. 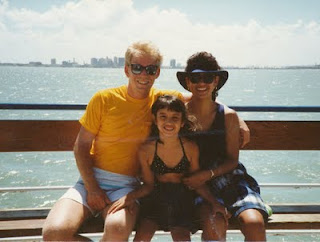 (note: photo after marriage, but since divorced)
Like Cherríe Moraga, having a white father provided me with access to white cultural capital.  After my parents were married, my mom and I moved from the cramped house we shared with mis abuelos, mi tía, and six or seven of mi primos and into a three-bedroom that allowed me the newfound luxury of having my own room with my own toys.  I changed schools. I got a pet Cocker Spaniel that my dad named—predictably—Duchess. A couple of years later, we moved to the country. There were almost no Mexicans in the country. Even though I was one of about four or five Mexican kids in my grade at College Lane Elementary (in the country), and despite being called “beaner” and “burnt tortilla” at recess, I excelled in school. I became friends with white kids. I was quickly learning the social codes of white culture. 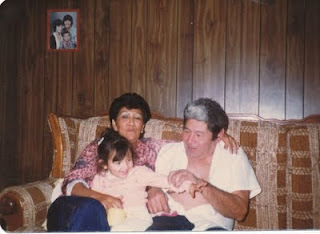 (Abuelos Juárez y Marissa)
But unlike Moraga, I could never pass as white, and the way I experienced the world was radically different from someone who could.
I have been the brown (and unwed) pregnant body.
I have been the brown woman on welfare.
I have been the only brown body in a graduate seminar.
I have been the angry brown mother at the PTA meeting.
My point is, I know what it’s like to feel like my brown body is being read and signified by people who have no idea what it means to live in a brown body. So I have come to understand my Chicana identity as something that is embodied and bodily—that is, both my brown body and my experiences within multiple locations (Mexican, Anglo, and in between) have shaped who I am: A person some might call pocha. But one does not have to give up one culture in order to enter another. When I was adopted into my white family, I did not stop being Mexican. Instead, I learned to sit astride the plurality, and though that seat wasn’t always comfortable, I held on and adapted. (And in case you’re wondering, adaptation is not a code word for assimilation.) Yes, there were times when I was confused, when I felt out of place. But I held on.
From a Chicana feminist perspective, pocha might be better understood as one instantiation of mestizaje. In theorizing a mestiza consciousness, Anzaldúa recalls being accused of being a “cultural traitor” for speaking Chicano Spanish, “a language with terms that are neither español ni ingles, but both” (77).  As Anzaldúa perceptively notes, the “linguistic terrorism” enacted upon Chicanos/as who speak a border tongue results in a fear to speak that creates distrust: Will we be censured for our speech? Probably. Chicanos/as are, according to Anzaldúa, our language; thus attempts to discipline and domesticate our language are also attempts to discipline and domesticate our brown bodies.
When people use pocha as solely a derogatory marker of identity, they become complicit in the systems of domination that have historically served to marginalize and to Other the brown body.  People who equate pocha with punk-ass-sell-out reproduce the kind of discourse that for centuries has equated Malintzín with La Malinche. I’d be remiss to say that these discursive moves are exact parallels given the history surrounding Malintzín’s so-called “fall from grace”; I mean instead to imply that the regimes of power inherent in these discourses are fortified. The result is self-inflicted historical erasure; people forget their own lived oppressions.  As Moraga puts it, “oppressed groups are forgetting all the time” because “to remember may mean giving up whatever privileges we have managed to squeeze out of this society by virtue of our gender, race, class, or sexuality” (27). It’s even worse when a pocha starts to believe (as I once did) that she is somehow at fault, somehow less of a person, for not fitting in neatly within any one culture. When a pocha starts internalizing her oppression, what can she do but strive to forget? What can she feel but shame? 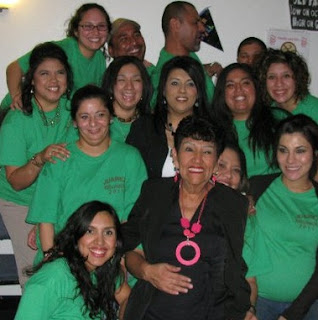 (Juárez family reunion)
Chicana feminist sister Cindy Cruz has contended that “the contemplation of the body…is essential in the development and evaluation of an epistemology of Chicana thought and culture” (61).  Reflecting on the concept of pocha got me thinking about my own experiences—those that are archived within my brown body—because I see pocha as a label that is inscribed upon bodies that fail to perform a Latinonormative identity. In that sense, I understand pocha as a performance of identity that disrupts unwavering assumptions about what it means to be Latina/Mexicana/Chicana. Pocha is a reminder that “there is no one Chicana experience” (Anzaldúa 80).
Pocha conjures a set of memories that are felt and lived. If being pocha reckons experience, then it becomes all the more important to document these experiences, especially for Chicana scholars whose reclamation work reminds us that we stand to gain as much in sharing our personal histories as we do in recovering our collective ones. Yet how we interpret these experiences is up to us. We can sit back while others infuse this term with assimilationist ideologies (and in so doing participate in the construction of normative ideals surrounding Latinidad), or we can broaden our interpretations of pocha to challenge assimilationist ideologies (and in so doing include multiple constructions of Latina/Mexicana/Chicana identity). In sharing this partial personal history, I aim toward the latter. I remember (and rearticulate) my pocha identity to value lived experience in the production of knowledge. I remember to celebrate my brown body. I remember to nurture la mestiza with multiple voices, with multiple selves—para mantenerme en solidaridad con mis hermanas Chicanas, mi familia, y mi comunidad.  Recuerdo por el bien de mi cultura.