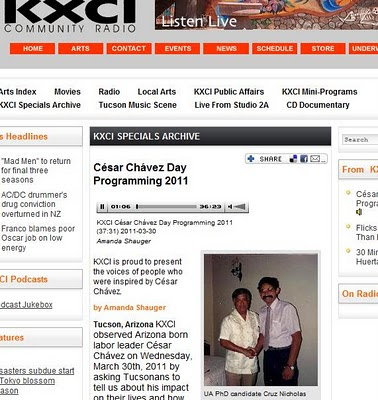 An early post of mine on Chavez.
Posted by Cruz Nicholas Medina at 9:22 AM