Latin America and a History of 'Justifications'


"America, he has suggested, has much to answer given its history in Latin America and the Middle East."

Here's my thoughts on history, discrimination and the president's policy:


From his speech at the National Prayer Breakfast, Eilperin quoted the president as saying, "In our home country, slavery and Jim Crow all too often was justified in the name of Christ.”


"Some Republicans were outraged. “The president’s comments this morning at the prayer breakfast are the most offensive I’ve ever heard a president make in my lifetime,” said former Virginia governor Jim Gilmore (R)." 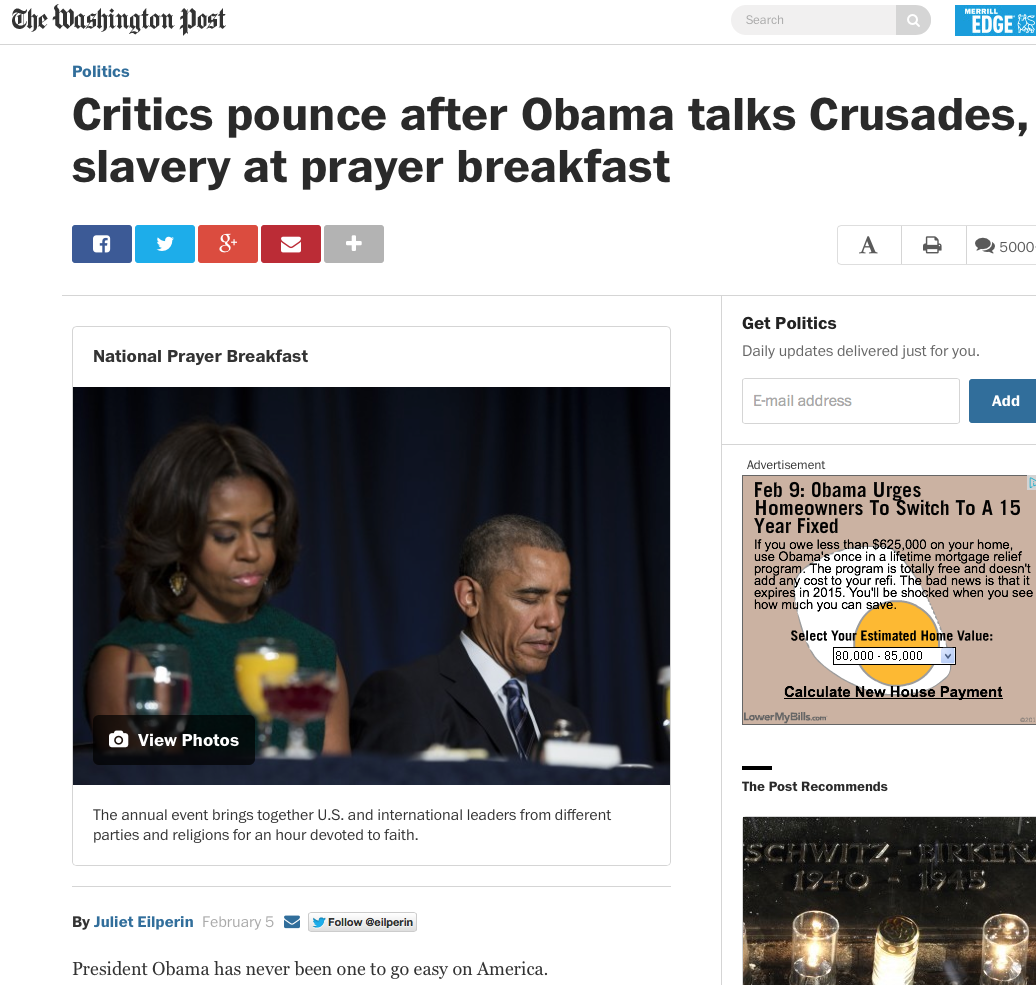 Posted by Cruz Nicholas Medina at 9:35 AM