Phenomenology and Etymology of a Fresa
by Enrique Reynoso
When I first began reading Cruz Medina’s blog I couldn't help but consider the term "pocho". In my admittedly narrow South Texas experience, I don't find it brandished around too often. Even though I was brought up aware of the negative connotations, I still never really felt them. Pocho was something that my parents were called, not me. As more generations continue to separate the "Mexicans" and "Americans", I find that the term pocho has somewhat lost its teeth.
However, one of the terms that seems to have gained momentum (at least in the Rio Grande Valley) is fresa. Literally translated as "strawberry", the original meaning seems to refer to an attractive Mexican female. I'll admit I hadn't heard the word fresa until late high school, but by then it seemed to take on a whole new meaning– a fresa was a male student from Mexico, usually upper-class. An informal poll created an overall profile of the male fresa: attending private high school or college, wearing name brand clothing, sporting a “fauxhawk”, and interestingly enough, many of the responders pointed out the repeated use of the phrase "o séa...". If we follow the logical conclusion of these responses we get what is essentially a metrosexual Mexican male. 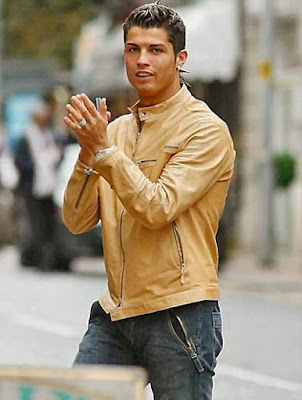 Cristiano Ronaldo, Portuguese fresa)
My theory here is that fresa is (an admittedly late) response to pocho. Pocho lost its teeth because pochos have assimilated and are more of a majority than fresas. It's a conscious antagonism towards the upper class–almost every single response to my question of where fresa came referred to class. However, it's also a more subconscious and insidious dig ant sexuality. By picking a red, sweet fruit as the embodiment of Mexican masculinity, pocho  takes a potshot by implying homosexuality. This is especially telling considering that the original meaning seemed to refer to Mexican women...
As I was asking these questions of my friends (through Facebook I must add), I noticed something interesting. No person, be they from Mexico or from the US, admitted that they were ever called a fresa. It is always already someone else­­–its some (O)ther Mexican, not this one. He is from an(O)ther class, not mine. It brings to mind what Kenneth Burke refers to as congregation via segregation­–we have to separate the Other in order to create our “own” self. In labeling and transforming the fresa pocho has created a monster that nobody wants to claim. Fresa is the monster constantly deferred.
Posted by Cruz Nicholas Medina at 7:24 PM